American FactFinder has created maps using Census data that chart county and state-level populations for the Greatest Generation (70 and above), Baby Boomers (50 to 69), Generation X (30 to 49), Generation Y (15 to 29) and Generation Z (0 to 14 years old), Ana Swanson reports for The Washington Post. (For a larger version, click here) 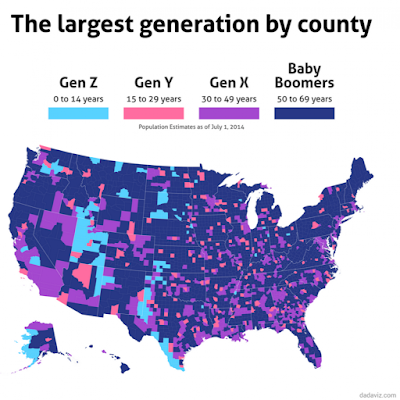 Greatest Generation populations are most prevalent in Florida but are also high in Arizona, Maine, Pennsylvania and West Virginia, Swanson writes. Large portions of Generation X have migrated to the cities, most notably New York, Minnesota, Illinois, Texas, Colorado and the West Coast. Those under 30 are being seen in faster growing states, such as North Dakota, Utah and California, with Utah having the most Generation Z and Washington, D.C., the least. Generation Y has the greatest population in North Dakota, where the oil and gas boom has led to mass migration. (For a larger version click here) 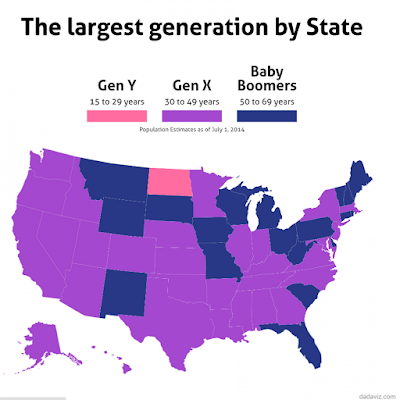