Postal Service has steered away from talk of eliminating Saturday mail 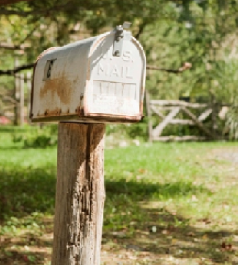 It looks like the U.S. Postal Service has given up its five-year campaign to eliminate Saturday delivery, Andy Medici reports for the Federal Times. "An improving financial landscape and a Congress continually deadlocked over Postal Service reform has led to a slow and quiet death for what was once seen as the linchpin of a revitalized Postal Service."

Postal Service spokeswoman Sue Brennan told Medici, "While the topic of five-day delivery was a large part of the legislative ask in the last Congress, we are currently looking to gain consensus, and we have not been promoting five day as a key tenet." She "said the Postal Service still needs to find ways to increase revenues and optimize its networks while delivering fewer pieces of mail to more addresses."

"The Postal Service saw a controllable income—revenues minus controlled expenses—of about $313 million in the second quarter of fiscal 2015," Medici writes. "But after factoring in the Postal Service's obligation to prepay for 75 years of retiree health benefits and fund its worker compensation fund, the service shows a net loss of $1.5 billion. Overall revenue grew by $223 million—or about 1.3 percent— over the same period in fiscal 2014. Operating expenses fell by $160 million, contributing to the overall increase in income. So far this fiscal year the Postal Service has seen $1.4 billion in controllable income."

"The Postal Service has said it still needs legislation to overhaul the agency and provide for a greater investment in future priorities," Medici writes. "While removing the Postal Service's prefunding of retiree health benefits would give it some time to make improvements, it also wants greater workforce flexibility and wants Medicare to become the primary insurance of eligible postal retirees. The agency also needs to make billions of dollars of investments in its fleet and building infrastructure, technology and other areas."
Written by Tim Mandell Posted at 7/20/2015 02:32:00 PM