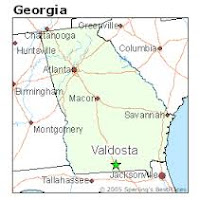 Score one for freedom of information for The Valdosta Daily Times. "The State Attorney General’s Office has ordered the Hospital Authority of Valdosta and Lowndes County to pay a $500 civil penalty to the State of Georgia and to participate in an open government training session with the Attorney General’s Office" in response to a complaint from the Times that the authority violated the Georgia Open Meetings Act when it held a closed door meeting prior to its Feb. 17 advertised public meeting, Jennifer Dandron reports for the Times. The authority oversees South Georgia Medical Center (SGMC). (Best Places map: Valdosta, Ga.)

The Georgia Open Meetings Act requires governing bodies to meet in an open, public meeting after proper notification before voting to go into executive session, Dandron writes. "In a March 3 letter addressed to Walter New, general counsel for the Hospital Authority and SGMC, Jennifer Colangelo, the assistant attorney general, listed allegations that the authority violated the act when it: conducted an executive session prior to the scheduled starting time of the meeting, discussed matters in executive session that were not permitted, failed to properly notify the public of the topics being discussed in executive sessions and failed to properly notify the public of matters being voted on. In New’s response to the assistant attorney general dated March 11, the authority admitted to violating the Georgia Open Meetings Act by meeting prior to the scheduled start time."